Martin “Smulan” Fors (Artist) and Rasmus “Temps” Höök (Technical Artist) chime in with a bit of technical explanation on how they create physics-based animations, such as flags, ropes etc.

As you’ve probably seen, we’ve got some cloth or flags on all of our maps, majestically swaying in the wind, especially on Dragon Garden. How do you make realistic, animated flags (and other objects of similar nature) in a game such as Battlerite?

We’re doing this by simulating the physics of a cloth material being moved in a certain fashion after it gets hit by a kinetic force using the Unity 5 compatible tool; CaronteFX.

After we’ve created a physics-based animation through CaronteFX, (like a banner, waving gracefully in the wind) we use our own tools to optimize this otherwise performance-heavy animation. An animation, crudely explained, is a 3D model that is having its polygons moved, either by a skeleton or a physics simulation. Each angular point of the polygon is called a vertice: a 3D cube has a polygon for each of its sides (6),and a vertice for each of its corners (4). A smooth sphere has a whole lot more, since you need a lot of polygons to create a smooth surface in 3D. 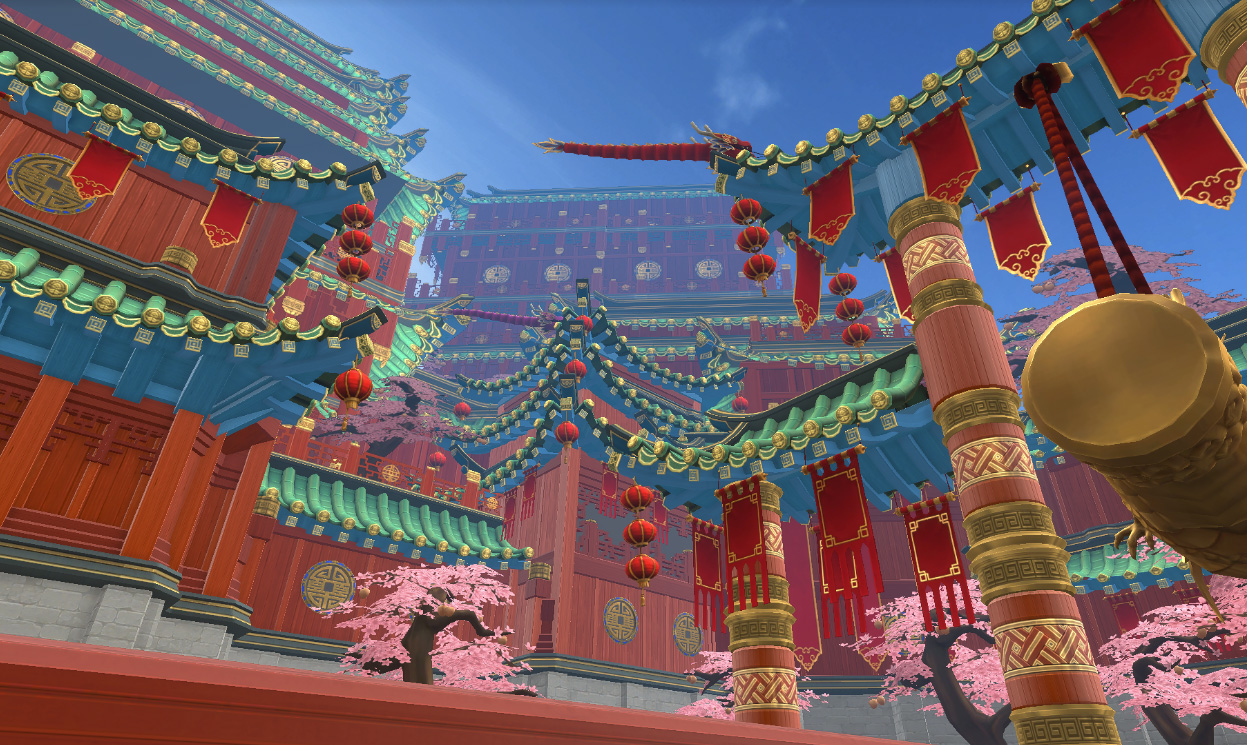 Now, back to our animation! Our own tools transforms the information of the X,Y and Z positions of the vertices of our animated 3D object into a texture that

tells the same information using the colour channels Red, Green and Blue. Basically, the more vertices and polygons, i.e. more complex 3D model, the bigger the texture becomes. Still the texture is much lighter, performance-wise, than the actual animation. For those who are a bit knowledgeable about these things, we use these textures in the vertex shader.

So: simulate the animation in CaronteFX to get that awesome-looking, physics-based animation. Then “bake” the animation information down to a texture and run it in the vertex shader. Simple, yes?

At the moment Battlerite is avalaible for early acess and already has ESL Tournaments. This means that people are getting much more interested. We already tried it and it impressed us so much!